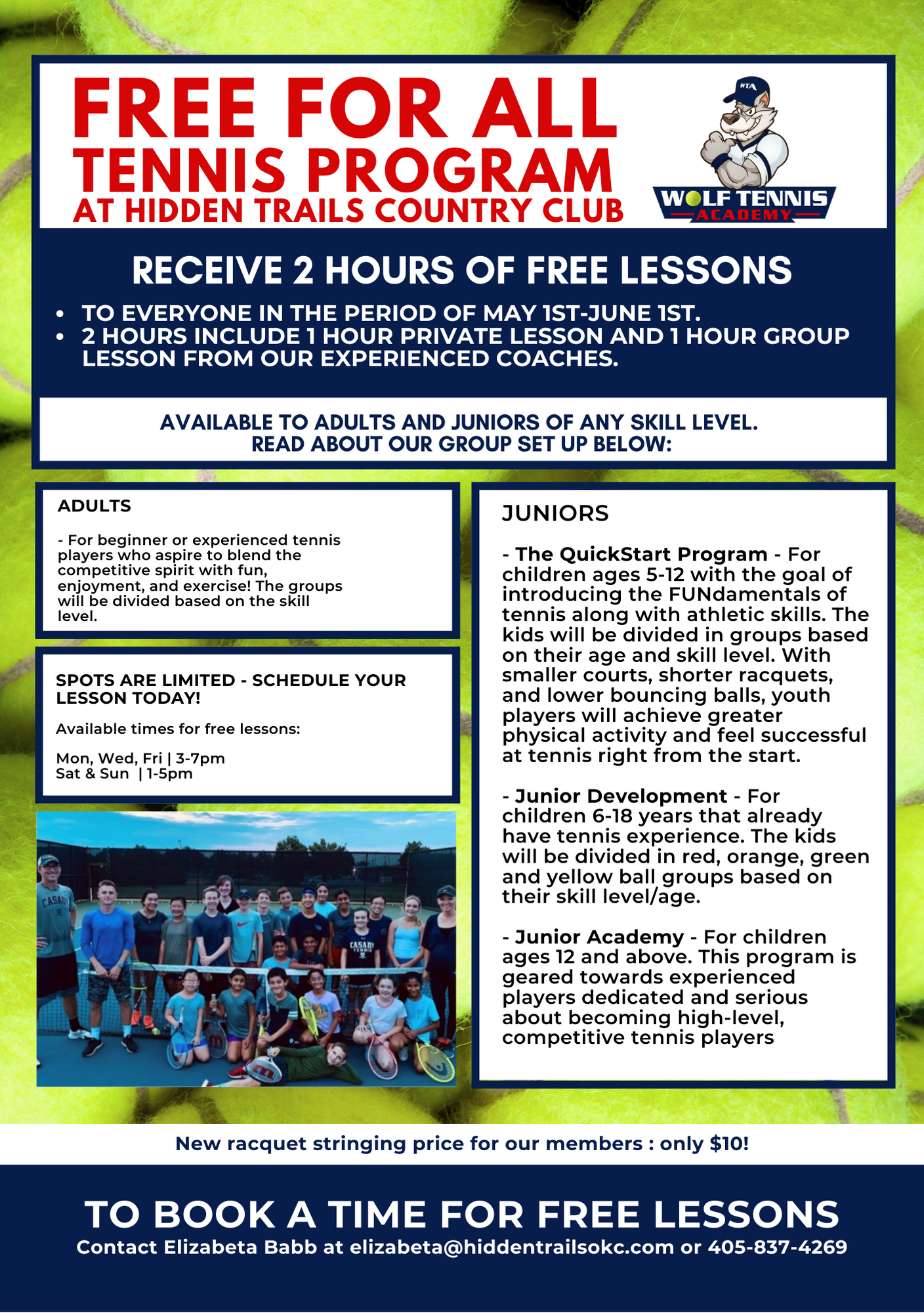 Great things are coming your way!

We’re working hard to bring you the very best that Hidden Trails can offer by renovating our tennis facilities! Our main focuses are resurfacing the outdoor tennis court and adding new coaches to our team.

Exciting changes are ahead of us- stay tuned. We’ll be updating you with progress via email & our Facebook page @HiddenTrailsTennisCenter 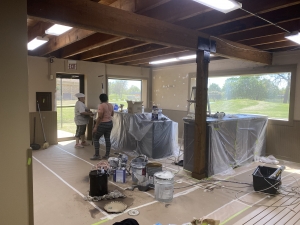 Help us make the longest tennis rally ever! 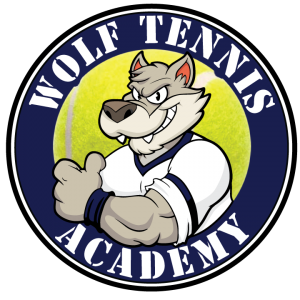 Whether you’re looking to train hard, have fun, or socialize with others who have a love for tennis, the Wolf Tennis Academy has the perfect program for you! 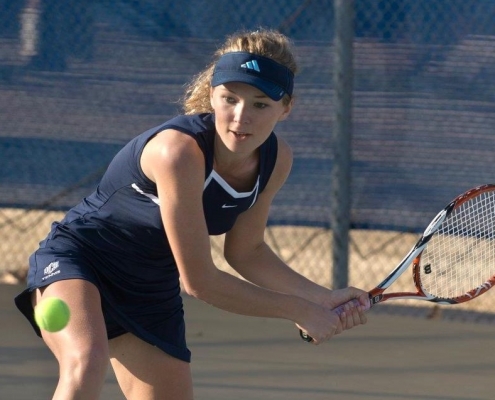 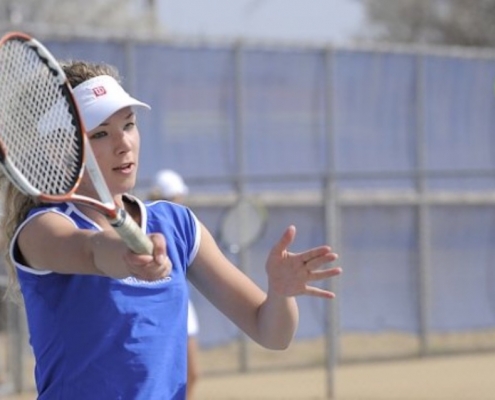 Elizabeta is a competitive spirit that excels at making tennis lessons accessible and fun for various playing levels and abilities. Her passion for the game aids in making the lessons challenging and engaging

*Open to members only at this time

For any tennis related and membership questions, please contact Elizabeta Babb at 405-837-4269 or elizabeta@hiddentrailsokc.com 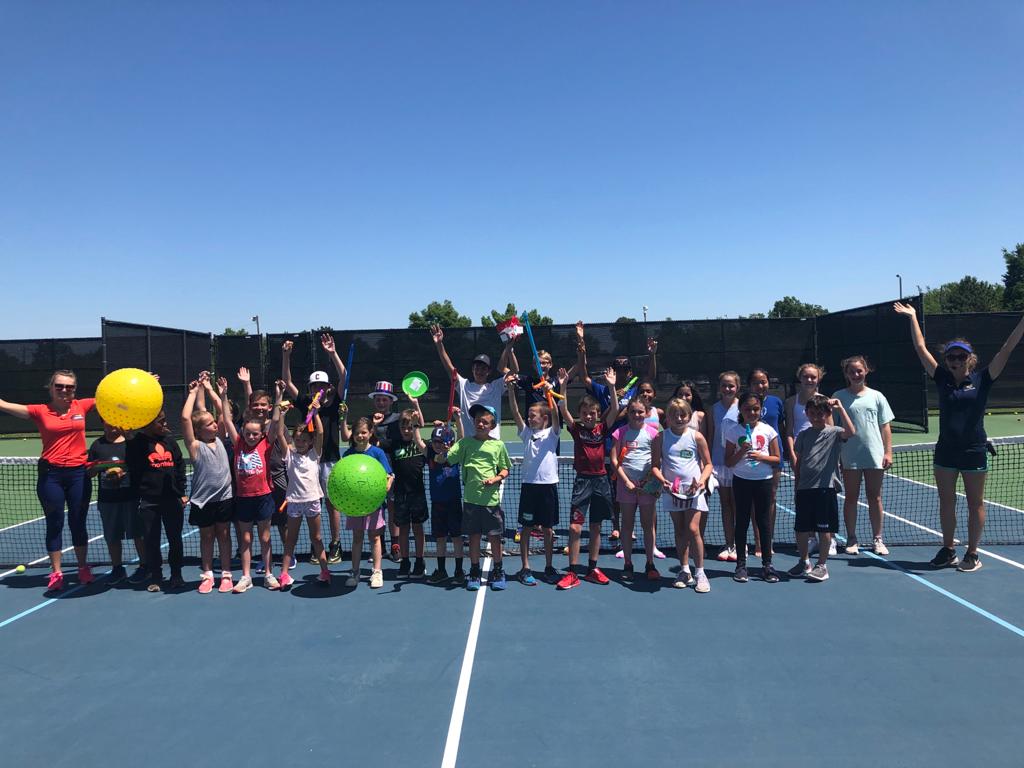 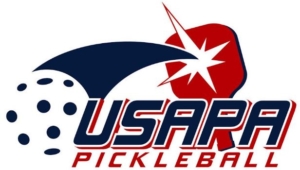 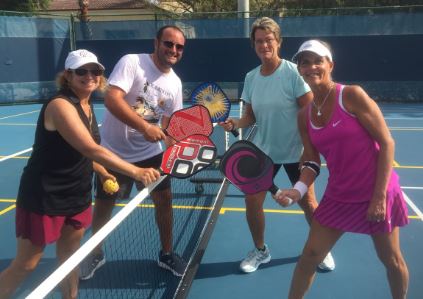 Hidden Trails has upgraded their indoor and outdoor tennis facilities to accommodate the risingly popular game of pickleball.

Featuring slightly different gear and a more compact playing area than tennis, pickleball is friendly to a wide variety of ages and skill sets. To aid in the growth of this exciting sport in OKC, Hidden Trails is offering a competitive rate of $5 per player. This new activity is open to the public; membership is not required. 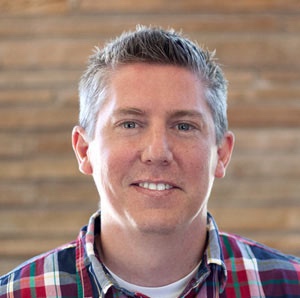 Brian Richardson is from Oklahoma City, Oklahoma and currently resides in Tuttle. Brian attended high school at Westmoore High School and graduated college from the University of Oklahoma with a bachelors degree in Computer Science.
Brian began playing pickleball in 2012 where he became a member of the Greater Oklahoma City Pickleball Club. From that point forward, Brian has attained a 4.5 rating and amassed numerous medals in several local and out-of-state tournaments.
His most notable placing came in 2018 where Brian placed 2nd in men’s 4.5 Nationals. Brian currently serves as an USAPA Ambassador to Oklahoma City, Vulcan Player Ambassador, and Vulcan Rep. His main goal in pickleball is to help increase the popularity of the sport and spread the joy of pickleball to the community. 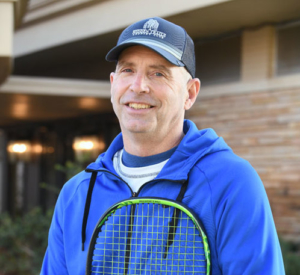 In Memory of Nate Malone