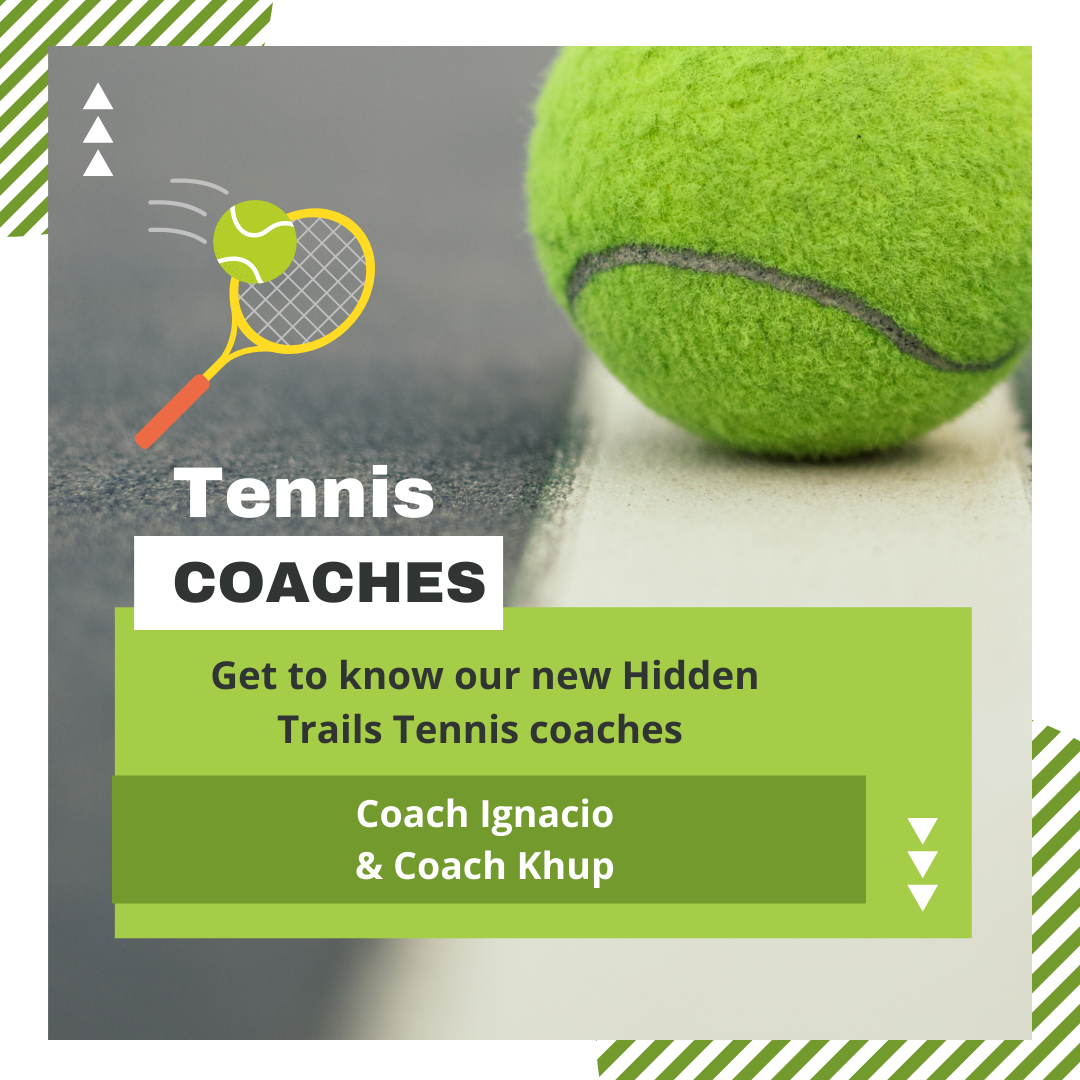 Coach Khup was born and grew-up in Myanmar (Burma). He and his family came to America in 2012 as refugees. He is currently serving in the US Air Force after finishing his bachelor’s degree with Electrical Engineering from the University of Wisconsin.
He was introduced to tennis by his high school soccer teammate. He played for the University of Wisconsin-Oshkosh (D2 school) for one year then he transferred to UW Madison (The Badgers) where he played two years for the traveling tennis club team. He coached at UW Madison for a year working with college students and adults. If you would like to schedule lessons with Coach Khup contact him at (920) 573-5566.

“I love tennis because it is a great sport that build and develop both the physical and mental aspect of a person.”

Coach Ignacio (also known as Coach Iggy) found a passion for coaching junior players while training at Hidden Trails and assisting with summer tennis camps. As a high school tennis player, he reached the top 16 in Oklahoma 6A boys’ tennis, and actively competes in singles and doubles UTR tournaments. He has experience coaching red ball, orange ball, green ball, and beginning high school players. Kids love his enthusiastic and fun coaching style. He enjoys building long-lasting relationships with the students he coaches, and includes fun, interactive drills that get them excited about learning tennis. Coach Iggy’s other interests include: track and field, running, soccer, playing the guitar, and tutoring his peers in subjects such as math, science, and Spanish. He is a dedicated, hard-working junior coach with a true passion for playing and teaching tennis.